If you have not read part one, click here

Henry woke to the crackle of fire. He could feel the blood trickle down his face and when he touched his forehead, a bump where metal had met skull. To be honest, Henry was surprised he wasn’t dead.

Vision blurred, Henry shielded his eyes from the blaring sun. And as he stumbled forward, he tripped over what was left of New Horizon. Left foot, right foot. Right foot, left. What difference did it make? And with that thought, Henry tangled his feet and began to slide. Whizzing past him, a half intact escape pod. Hanging from pried metal, a first aid kit. Shit. Henry reached and went head over heel, falling with a crack. As Henry’s vision once again began to fade, he was greeted in the head with what could only be perceived as a flying med kit. And then darkness.

The leaves began to rustle and then howl. Henry drifted in and out of consciousness. He saw the bright light dim and turn a golden crimson, and then, when he finally awoke, a blueish, purple hue the likes of which he had never seen.

And slowly the stars began to twinkle, each with their own distinct personality, as if dancing in celebration of some event that had never taken place.

Stars. How odd. In all of Henry’s years, the only time he had ever seen the stars was also the last; on the New Horizon. At least the wind was nothing new. Every storm brought sounds of the damned, a howling that quickly rose to a near scream; if one was not indoors during the storm, one might fear being swept away in what were once described Mega Storms, now all too common.

And yet, Henry did not feel the wind as he felt his way through the darkness. Stopping, Henry riffled through the first aid kit and found a flashlight. A few smacks later and it was on. It appeared damaged and flickered in the howling night. Henry saw what looked to be a hand reaching for his. Startled, Henry leaped back, disarming what appeared to be a branch. Stranger still, the branch had leaves.

My God. New Horizon actually worked. The Terraforming had given new life to what was once de… Before Henry could finish his thought, a crack of lighting and the boom of thunder as the tree in front of him burst into flames. God, was it beautiful. Standing what must of been 150 meters tall, a Giant Redwood (if the word giant could ever do it justice). The flames danced from branch to branch, illuminating the darkest night; a brief reprieve from a blanket of shadows.

Out of the corner of his eye, Henry thought he saw movement and a faint glow but when he turned around he was met with only darkness.

“strange, I could’ve sworn I saw movement. Probably nothing.”

Hiking a little ways yonder of the burning the tree, Henry gathered fallen leaves and made a rudimentary bed for the night. Tomorrow, he would brave this New World but tonight he had earned a well deserved rest.

*The wind began to howl even louder and screams turned quickly into shrieks. Henry began to shiver before fading into a deep slumber.*

If you like this content, please share with your friends! Give it a tweet, re-post, or simply a shout out and I’d be a happy man. I’m debating whether to make a part three. I love how the story is shaping up thus far and this is my first continuation of a short story. It just depends on how I want to allocate my time. And as always, if you have thoughts, feel free to leave a comment; I love discussion! 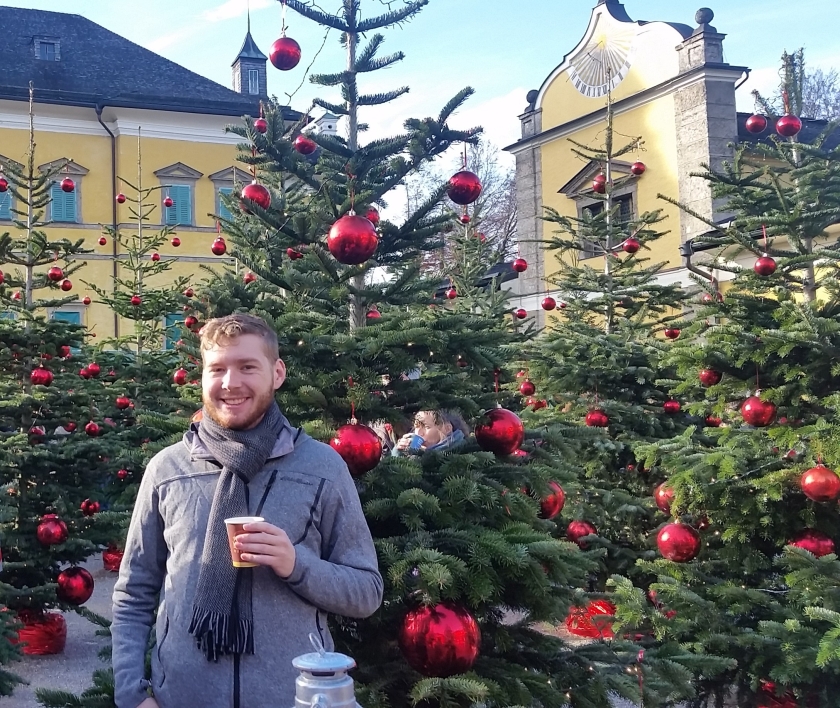 Funds to send Mike to Mars

I love producing content. As I grow as an individual, so does my content. What was once acceptable now isn’t. As such, more time is spent working on each post. I do all edits, research, and content creation. Whether it’s taking photos for a post one day to writing poetry the next, my blog is keeping me busy. Donations are appreciated and are used to invest in creative pursuits whether that be writing classes, art lessons, and anything in-between.

A beautifully tragic tale of a Father and Son as they journey South towards the coast of an America laid to waste. So with that said, is it worth a read?

Prevailing themes and a story archetype that works

The premise of The Road is simple. The Road represents a journey. It is a path that must be followed at all costs. Always in sight, always in mind. With all other devices striped away, it allows the reader to focus on the relationship between Father and Son and begs the question, how far would you go to survive? The vivid descriptions of each encounter paint a beautifully realized world shrouded in eternal darkness, a world familiar yet a dream all the same. My favorite theme of the book is the idea that “we carry the fire”. That after the world ends (and perhaps before), who carries the last light of humanity? When adversity comes, will we rise or will we fall?

The relationship between Father and Son is more than a heartwarming tale of a Father’s love for his son and his willingness to do whatever it takes to keep him alive; it’s a lens through which to see the world. The Father has lost hope and left to his own devices, his actions would not be questioned. He does what he needs to do to survive and that’s that. The Son however, questions every moral decision made and every misdeed done. He is the lens that we lose throughout our lives. And some could argue he represents our younger selves, who is to say?

There is a stark contrast between Father and Son yet they are both the “good guys”. It’s a refreshing perspective that I’m surprised isn’t used more in storytelling.

Yes. It is one of the best books I have read in recent memory. This book is the definition of “it’s about the journey, not the destination” and it’s a beautiful message. Is it sad? Yes. Does it cause your face to crinkle in disgust at times? Yes. But it is so very human. When you remove the luxuries of society you can begin to see who we really are. If you want a look in the mirror, look no further than this book.

I give this book 5 out of 5 potatoes: A must read before you die.

There it is, my review of “The Road”. If you like my content, consider buying me a cup of coffee. I appreciate the support and it helps fund my endeavors.