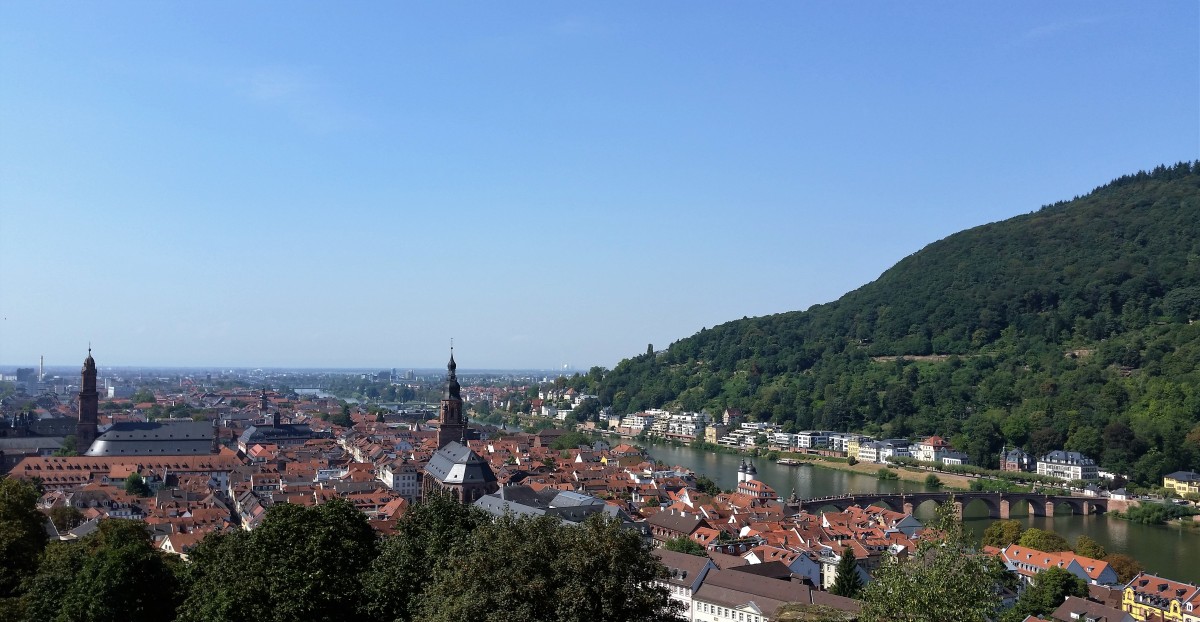 So it’s been a little over 2 months since I first arrived in Germany. A lot of my posts these past few months have been concerning travel. I’ve been to Paris, Strasbourg, Amsterdam, Bavaria, Mannheim, Frankfurt, etc. I’ve been traveling most weekends and haven’t really had time to reflect on the experience as a whole.

Before this experience, I had rarely traveled outside of Oregon. And in fact, I had barely spent time exploring my home city of Portland. I lived in a very tiny bubble. I remember the spark that planted the seed of adventure, the desire to see the world. By chance, I got a letter in the mail from an organization called “People to People” to be a student ambassador for non other than bowling (fun fact: I was in a bowling league for 10 years and president of my high school bowling club). Had I gone, I would’ve traveled to the Netherlands and competed with kids from all over the globe, but alas, it was not meant to be. Yet since that moment, I have waited for the day when the planets aligned and I could finally travel. That day never came, so I said “you know what, [insert expletive here] it, I’m going anyway”. Originally the idea was to travel to South America, as I was taking Spanish at the time and wanted to improve my Spanish while immersing myself in the culture. Yet I kept pushing the trip aside until, surprise, I was a Freshman in college. Then life happened, I grew up, started focusing on my career, and became highly involved around campus. Then I had a choice.

I could focus my energy on graduation, to have a diploma in my hand and a real sense of security, or I could push graduation back a few terms and go abroad. Not an easy decision. But as fate would have it, I decided to take summer classes a year ago. And during that time, there was an info session. And I remembered. 8 years ago, the excitement I felt when I was asked to travel to the Netherlands, the disappointment when I found out I couldn’t go. The years of Spanish, the desire to immerse myself in another culture. So I finally decided I would say yes. No matter what, I would go abroad. And here I am. Is it everything I dreamed it would be? It is. It is the single best decision I’ve made in my entire life. I’m not going to lie and say it was smooth sailing from that point out. In fact, it was anything but. As confident as I sound now, I had a lot of anxiety and reservation even after I made the commitment to myself. There were many times when I was ready to drop the program, when I wanted to say I had too much on my plate and I simply couldn’t afford to take a term abroad. But I asked myself, “When all is said and done, do I want to live a life of regrets”? To always wonder what would’ve been had I gone abroad. And that’s all I needed. A reminder that this was the next step in my journey. That, wherever life takes me, let it be forward. So why Germany?

Maybe it was all the history channel I watched as a kid, the pure fascination with the world and the association of Europe with cultural heritage. Perhaps it was the fabled rumors of delicious beer, beer that far surpasses any beer in America. Or it might of been the allure of magical castles or simply the idea itself (to experience something new). Yet if I’m to be honest, there were a few main reasons I chose Germany.

Want to spend a weekend in Paris? No problem. A weekend in Austria, the Netherlands, Belgium, Switzerland, Luxembourg, Italy? Absolutely no problem. In fact, London and Ireland are a short flight away as well. If you’re looking for easy travel, look no further than Germany.

Mosbach, while small, is the perfect embodiment when you think of a German town. Each building… Well… Just take a look for yourself. This is Mosbach and I’m actually living here! No joke, it’s pretty much straight out of a fairy tale. Oktoberfest is pretty cool as well, and Lederhosen are very stylish. Of course there’s more history than that, tis’ but a snippet. 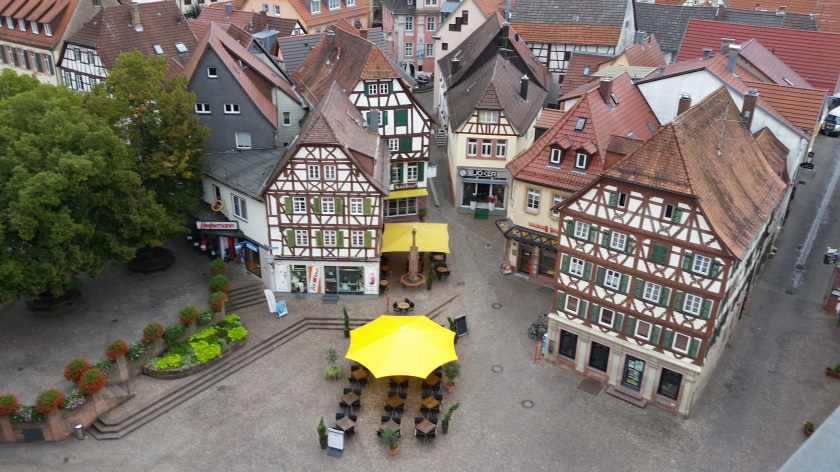 In the 8th grade, I had the privilege of being in Australia for my cousin’s wedding. While there, I hunted down my great great great grandfathers grave. It was fun and made me realize the importance of heritage. I take great pride in where I come and while I’m still trying to piece together the family tree, I can say I have a lot of German in me. In fact, on the name sheet for my classes, my nationality says German; was it a mistake or something more? I can’t really say. I’ve also learned ein bisschen Deutsch, so… Anyways, it’s a lot of fun if you have heritage from the country you’re going to! It’s something to consider, but not necessary to have a great time.

I picked the right time to go abroad. Will The U.S. collapse or prosper? Who knows, I’m in Germany. If I want to, I can simply come back here and live a peaceful existence, regardless of what the election outcome is.

Am I a different person? Yes. Life is about taking risk. If we don’t takes risks, we don’t grow. And when we’re not growing, we’re stagnant or worse, stumbling backwards. I never want to wake up one morning and realize that I’m exactly the same as I was yesterday. The thought absolutely terrifies me. I want each day of my life to be an adventure and the best way to do so is to constantly set new goals. So my message is go out, be bold, and don’t waste your time worrying. If you’re on the fence about going abroad, don’t be. You don’t want to be the student that regrets not taking the opportunity while you had it. In fact, I honestly can’t imagine what my college experience would be like without this opportunity.